The Second Core Member Meeting of the Committee for Personnel Exchanges

The Second Core Member Meeting of the Committee for Personnel Exchanges was held at Hokkaido University’s Tokyo Office with the aim of setting the agenda for the next meeting in late September at Moscow State University.

The meeting was attended by 19 representatives from Japanese universities: seven core members and six regular members of the Committee for Personnel Exchanges (including deputies), and six administrative staff members.

In view of the development of a unified credit transfer framework, such as the ECTS international credit transfer system, the participants  agreed that along with collecting information on cases of joint degree programs between Russian and European universities, the Committee would work on the development of a joint degree program between Russia and Japan in the future. 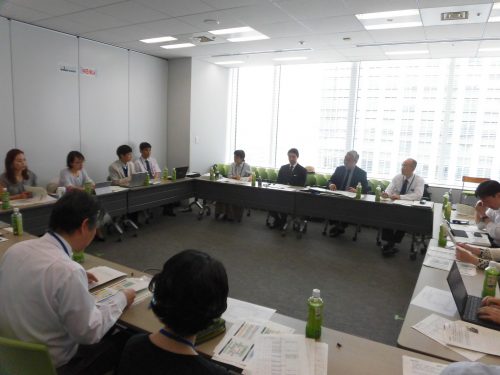